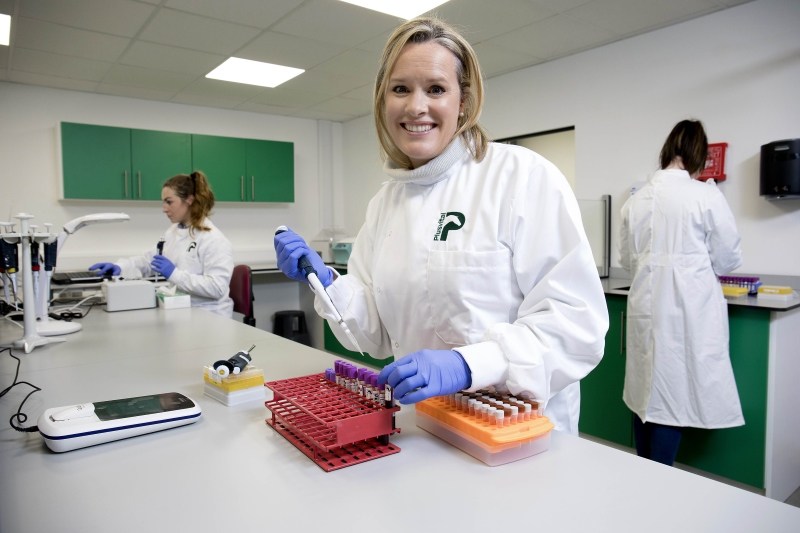 (LITTLE WONDER WE CAN PRODUCE SOME OF THE GREAT SPRINTERS OF THE MODERN ERA, WITH SO MANY C:C HORSES BRED IN AUSTRALIA, BUT THIS ALSO CLEARLY EXPLAINS WHY WE CANNOT PRODUCE HIGH QUALITY STAYING HORSES IN THIS COUNTRY. WINX ISN’T A STAYER EITHER BEFORE YOU GO FOR THAT ARGUMENT, SHE’S A MILER / MILE & A 1/4 HORSE. YES SHE WON A 2200M GROUP 1 QLD OAKS, BUT THAT WAS ON SHEER CLASS, AGAINST A WEAK FIELD, NOT ON STAYING ABILITY. TRUE STAYERS HAVE TO BE ABLE TO RUN 2400M-3200M+ IN A STRONG FASHION. OUR RACES DON’T CATER FOR STAYERS EVEN IF THEY DID – THE RACES WOULD BE FULL OF HACKS WHO CAN’T WIN ANY QUALITY OF RACES, SIMILAR TO WHAT BECOMES OF FLAT HORSES WHO FAIL THEN TURN TO JUMPING IN AUSTRALIA, OUR LOCAL BREEDING INDUSTRY DOESN’T BREED STAYERS, THEY BREED THE “C:C HORSES” AS MENTIONED IN THIS ARTICLE)

The hardy Thoroughbred stayer could become a thing of the past according to researchers, after findings published this week point to the importance of the so-called “speed gene” in determining race distance.

The findings are said to end any dispute over the central role of the “speed gene”.

However, the research has relevance for the wider Thoroughbred population, given the major influence of the gene.

“Since there is just one gene that is a major player in the sprinting versus staying stakes, it is extremely vulnerable to selection pressures,” says Associate Professor of Equine Science, Emmeline Hill, who is with University College Dublin.

“This has been recognised by the concern in the industry over the potential reduction in genetic diversity by favouring precocious, commercially attractive horses.

“This concern is well justified; the staying type is at serious threat of extinction in the global population.”

Staying types have been found to make up less than 17% of elite race winners in Britain and Ireland and less than 7% of the Australian elite winning population.

“This is a complete reversal from the picture of genetics of the Thoroughbred 150 years ago.”

Hill says it is important that the industry incentivises the breeding and racing of stayers to ensure their ongoing viability in the industry.

Hill led the latest research into the gene, published this week in the Equine Veterinary Journal.

For the study, the genetic and race records of more than 3000 Thoroughbred racehorses who raced in Europe, Australia, South Africa and the USA were analysed. It was found that the myostatin gene, or speed gene, is the almost singular genetic determinant of a horse’s optimum race distance.

The notion of a single gene being responsible for a performance trait in Thoroughbreds has previously been challenged. However, Hill said the new study ended any dispute over the central role of the speed gene.

“We have replicated and validated our original research findings on a massively larger scale. The power in the numbers has shown that the association of the ‘speed gene’ with race distance is as statistically strong as the most highly genetically influenced traits in humans, including eye colour and the probability of an individual going bald,” she says.

The study found that, in Europe, more than 83% of ‘speed gene’ type C:C (sprint) horses had an optimum race distance of a mile or shorter and more than 89% of T:T (staying) horses ran best over distances greater than a mile. (Full details for all regions are in Figure #1)

The trend was consistent across all race regions but the race pattern influenced the distribution of the speed gene types.

The main differences between sprinters and staying type horses has been shown to be caused by a mutation in the speed gene that alters the rate of muscle growth and fibre type differences in the muscle.

Although myostatin is the most important gene, the latest research has also identified additional genes which have moderate effects on the staying ability of a horse.

Hill says the application of genetics to decision-making about how horses were trained and raced is transforming the industry.

“Our results clearly show that using evidence-based science will lead to more accurate placing of horses in races that are best suited to their genetic potential. Horses are a product of their inherited genetic characteristics as well as the environment.

“The management of the horse is inarguably key in any horse’s success, but DNA differences are the undisputed differences that make them individuals. This genetic information is leading to horses being trained and raced for their genetic potential and is providing a clear economic advantage to owners and trainers,” she says.

Hill, who is also chief science officer at Irish equine science company Plusvital, which provides genetic testing for horses, says the company does not operate its testing services in the sales environment which could further accelerate this trend toward sprint types at the expense of stayers.

“However, it is essential that the industry incentivises the breeding and racing of stayers to reduce the pressure to breed for the sales ring.”

Associate Professor of Equine Science, australia, Breeding selections pose threat to hardy Thoroughbred stayers, clear economic advantage to owners and trainers, complete reversal from the picture of genetics of the Thoroughbred 150 years ago, dna, Emmeline Hill, Equine Veterinary Journal., europe, In Australia, race horse breeding, seven times as many C:Cs as T:Ts within the Australian population., shocking, speed gene, sprinters, stayers, staying type is at serious threat of extinction in the global population., Staying types have been found to make up less than 17% of elite race winners in Britain and Ireland and less than 7% of the Australian elite winning population., there were almost twice as many C:C horses among elite race winners in the population compared to Europe and North America (46% compared to 26% and 28%), thoroughbreds, transforming the industry, usa, where there is an emphasis on early two-year old speed, who is with University College Dublin