ALL YOU NEED TO KNOW ABOUT THE COX PLATE 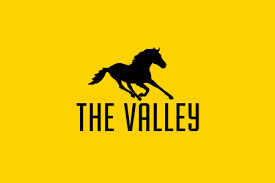 * First run in 1922 when the Moonee Valley Racing Club committee voted for a high-quality, weight-for-age race for the best horses

* Rising Fast (1954) is the only horse to win the Caulfield Cup, Cox Plate and Melbourne Cup in the same year.

* Surround in 1976 is the only three-year-old filly to win. Since then 13 fillies have run with Slight Chance (1992) and Samantha Miss (2008) third Yankee Rose is the only filly contesting Saturday’s Cox Plate.

* Darby Munro is the most successful jockey winning five times.

* Moonee Valley is a StrahtAyr surface – turf with a sand base – and is a tight turning track. It has a circumference of 1805 metres and the home straight its 173 metres.

* Last year’s winner Winx is favourite to beat Hartnell. The Chris Waller-trained mare has 16 wins from 22 starts with prizemoney of $7,498,175. She will be ridden by last year’s winning jockey, Hugh Bowman.

* Three-year-old filly Yankee Rose and French horse Vadamos, who will jump from barriers one and two respectively, share the third line of betting.

WHAT THE MAIN PLAYERS ARE SAYING:

“To have a horse run in the Golden Slipper and Cox Plate in the one year is pretty amazing, and to knock off a couple of Group Ones in between, it’s just been a once in a lifetime opportunity for most of us and we’re really enjoying it” -Yankee Rose’s trainer David Vandyke.

“Obviously Winx and Hartnell seem to be going really well, but she’s a weight-for-age 2000 metre winner in her own right in the autumn so you can’t dismiss her lightly, that’s for sure” – Lucia Valeninta’s jockey Kerrin McEvoy.

“She set a track record in the race last year. Physically she looks like she’s a little bit stronger so that gives me a bit of confidence to say we can at least hold our form. And then we’ve got to worry about where the challengers are coming from” Winx’s trainer Chris Waller.

“Winx is a deserving favourite. I don’t go into the race with any expectations, just focus on our horse and having him as good as we can get him on the day” – Hartnell’s trainer John O’Shea.