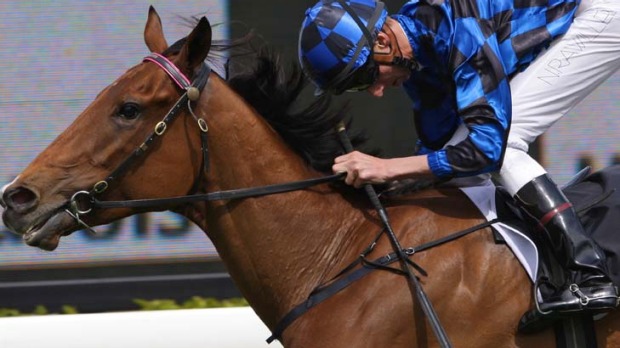 What time is the Al Quoz on?

TIMEFORM COMMENT: Not straightforward, but ran well in good company after being gelded last summer. Better than ever when second in 6f handicap last time, though work cut out in this company back at the minimum trip.

VIDEO COMMENT: Only an average beginner. Gets back in behind the speed and runs on. More a dour type than a horse with a brilliant turn of foot.

TIMEFORM COMMENT: Smart juvenile and though didn’t get going last year, proved better than ever when winning 6f handicap here in January. Beaten a nose by Fityaan in C&D Meydan Sprint 3 weeks ago, and not dismissed.

VIDEO COMMENT: On pacer who has a high cruising speed and isn’t afraid of a true staying test. Runs a very strong 5f.

VIDEO COMMENT: Bold on-pacer who jumps and runs, before trying to find a kick.

VIDEO COMMENT: Travels strongly in the run, with a tendency to over-race. Generally settles just backward of mid-field with cover. Has a short sharp sprint, but it is very powerful.

TIMEFORM COMMENT: Runner-up to Sole Power in this last year and typical standing dish at top level in Hong Kong since, better than ever when winning Hong Kong Sprint in December (6f) and third in Group 1 there latest.

VIDEO COMMENT: On pace runner who likes to roll along. Able to find another gear even when leading at good clip.

TIMEFORM COMMENT: Drop to 5f has worked the oracle this season, and has looked high-class when blitzing rivals in pair of C&D handicaps this Carnival. Plenty of competition for the lead, but entitled to major respect.

VIDEO COMMENT: Fast beginner who takes advantage of his gate speed and races on speed. Has a high cruising speed but ups the anti mid-race to get rivals off the bit and chasing. Able to sustain burst of speed right through the finishing wire.

TIMEFORM COMMENT: Ended Dubai hoodoo when winning this last year, and arguably shaped best when narrow third to Fityaan/Jungle Cat in prep for this 3 weeks ago. Will get race run to suit and bold bid likely again.

VIDEO COMMENT: Get back run on type. Always reliant on luck by virtue of his race pattern. Takes plenty of riding but once he finds top gear possesses a powerful turn of foot.

TIMEFORM COMMENT: Had fine 2015, won Group 1 King’s Stand Stakes at Royal Ascot and Prix De L’Abbaye at Longchamp. Ordinary return in C&D Group 3 won by Fityaan last time, but that should leave him spot on for this

VIDEO COMMENT: Good beginner who likes to race just in behind pace. Has a sustained sprint that allows rider to put the acid on his opponents early.

TIMEFORM COMMENT: High-class Australian sprinter over the years and not far off very best of late, won pair of Group 1’s in October/November and added valuable 6.5f event at Gold Coast latest. Can give a good account.

VIDEO COMMENT: Good beginner. High cruising speed that allows jockey Browne to put the pressure on rivals mid-race and have them off the bit chasing him. Runs a strong 6f. Finds best form when locked in a fight late.

TIMEFORM COMMENT: Often not far away in Carnival handicaps over the years, but improved out of sight when narrowly getting the better of Jungle Cat/Sole Power in Group 3 last time. Hard to see him confirming the form.

VIDEO COMMENT: On speed galloper who only has one speed but gives all.

TIMEFORM COMMENT: Group 3 Meydan Sprint winner last term, and after impressively landing handicap was a respectable fourth in same race latest. Will get race run to suit, but majority call is he’ll come up short.

VIDEO COMMENT: Jumps and settles well, usually about midfield. OK turn of foot, but not brilliant.

TIMEFORM COMMENT: Most consistent filly, won 9 of 13 starts in US and placed all other occasions, notably neck runner-up in Breeders’ Cup Turf Sprint in November. Easily landed prep last month and should go well.

VIDEO COMMENT: On pacer. Leads at good clip and gives all. No turn of foot.

Plenty of speed engaged meaning it will be a strongly run race. Bar, Sole Power, all the chances are amongst those who will be making the speed. Thus it’ll likely come down to who’s the toughest at the end of 5f. The Australian horse Buffering is notorious for finding when under pressure and engaged in a drive to the line. He has form around Lankan Rupee, Black Caviar and Hay List. If he brings his ‘A’ game he’ll be the one they’ve got too beat.