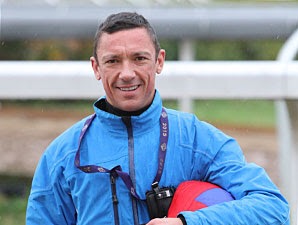 The 2nd annual world’s best jockey award has been decided with the great Frankie Dettori winning the 2015 title in large part thanks to his association with champion Colt Golden Horn, who amongst others races claimed the top huge one’s the Epsom Derby and the Arc.

Dettori scored 100 points for the year. The points system is an easy one to grasp and is equally fair to jockeys from every racing jurisdiction around the globe.

The International Horse Racing Federation has come up with a list of the 100 best Gr1 races annually from every corner of the globe. These 100 races provide the basis of deciding the ‘world champion’ with 12 points awarded for winning one of the 100 races. 6 points for finishing runner-up and 4 points for finishing in 3rd place. The most points after the 100 annual races wins the award.

American Victor Espanoza, jockey of historic triple crown winner American Pharoah was the award runner up. He was 10 points back of Dettori with 90 for the year.

Last year’s innugural world champion jockey Ryan Moore finished in 3rd, also on 90 points which was equal with Espanoza, but Espanoza won the tie-breaker having won 6 races to Moore’s 4.

Australiasian jockeys did us terrifically proud, headed up by kiwi come Aussie James McDonald who finished in 6th spot on 82 points for the year.

Tommy Berry finished 8th polling 56 points overall, whilst Hugh Bowman was also in the top 10 at number 9 with 54 points.

We had a further 4 jockeys finish up in the top 20 of the rankings, funnily enough they finished in order from 17th to 20th.

I think we’ve done extremely well as a region to have 7 of the top 20 world jockeys, it really does support our argument that we produced some of the world’s best riders.

Dettori will have a special presentation ceremony conducted in his honor to present the award at Sha Tin on Hong Kong International Day.