Controversy raged after Big Philou won the 1969 Caulfield Cup on protest after jockey Roy Higgins had appealed against interference by the winner, Nausori, in the home straight. But that was nothing compared to the stir when the warning siren sounded at Flemington at 2.01pm on Melbourne Cup day, 39 minutes before the cup was to be run. The course broadcaster announced that Big Philou had been scratched by order of the stewards. The track was abuzz.

Rain Lover went on to win the cup while Big Philou grew visibly distressed in the stalls. Three months later, a former strapper in Bart Cummings’ stable, Leslie Lewis, was deported from New Zealand to face a charge of nobbling the four-year-old gelding, but he was later acquitted. Big Philou raced again, beating Rain Lover in a match race, but the doping riddle was never solved.

In December 1939, as the field was about to jump in the final race at Melbourne’s Ascot track, the wires of radio stations 3LO and 3DB were cut. 3XY race-caller Harry Solomons, meanwhile, continued to review the field, mentioning particularly a gelding called Buoyancy. Solomons duly produced a phantom call in which Buoyancy saluted at 6-1, reaping dividends for a scattering of punters around Australia. The only problem was that 3DB’s Eric Welch had shouted, “They’re off”, before his line had been cut. Investigations led to Solomons, who skipped the country before his case was to be heard. In June 1940, after he had been found in Suva, Fiji, a detective escorted Solomons back to Melbourne, where he was sentenced to six months in prison.

At Newcastle in April 1903, a horse called Gentleman Jim, owned by Jim “The Grafter” Kingsley, went to the barrier at good odds because of his massive weight, the equivalent of 68 kilograms. Gentleman Jim duly won, prompting a scuffle when a bookmaker accused the notorious Kingsley of skulduggery. At the scales, officials informed the owner that his jockey was 13 kilograms light. Kingsley stamped his foot on the floor and demanded a recount. The weight was now correct. Later in the afternoon, officials discovered a trapdoor giving access to an area beneath the scales. There, they found a boy eating a pie. Next to him was a lead weight for 13 kilograms. Gentleman Jim’s other recent wins were investigated and more tunnels found below weigh-in rooms. Kingsley was banned from all racetracks, a penalty he often ignored.

Nearing the finish of the 1961 AJC Derby, Tommy Hill’s mount, Summer Fair, pulled narrowly ahead of Mel Schumacher’s mount, Blue Era, before Blue Era fought back and the horses passed the winning post together. On the return to scale, Hill claimed that Schumacher had grabbed his leg and held it for 50 yards, retarding his mount. The head-on camera verified his claim. Summer Fair won on protest and AJC stewards took the unprecedented step of announcing that Schumacher would not fulfil his commitments on the rest of the day because he’d been banned for life. He returned to riding after five years.

Officially, Erbie won 23 races, mostly in NSW. As a ring-in, he won at least four races before his double life was exposed in South Australia in July 1934. A horse called Redlock was entered in the Trial Stakes at Murray Bridge. Having tumbled in price from 10-1 to 5-2, Redlock won easily. Bert Wolfe, a journalist with The Herald in Melbourne, who was familiar with Redlock, later asked trainer Charlie Prince whether he could inspect the horse after his win at another South Australian track, at Kadina. Wolfe found dye that had been used to mask Erbie’s white blaze. He then wrote that Erbie had raced at Holbrook as Duke Bombita, and had won at Kilmore while racing as Chrybean. Redlock, meanwhile, was eating grass in a paddock outside Sunbury. Prince was jailed for two years and warned off the track.

Bookmakers reeled in August 1984, when the price on Fine Cotton, an eight-year-old gelding whose previous start had yielded 10th in an ordinary field of 12 at Doomben, was brought in from 33-1 to 7-2 equal favourite before a novice event at Eagle Farm. When he won, stewards called over the public address system for Fine Cotton’s trainer, Hayden Haitana, who failed to appear. Registration papers were also strangely missing. Stewards then declared that Fine Cotton was, in fact, Bold Personality, a seven-year-old gelding with a clumsy dye job. The race was awarded to Harbour Gold and all bets were ordered to stand, meaning those who had plunged on Fine Cotton lost their money. Haitana and the mastermind of the ring-in, John “The Phantom” Gillespie, received jail sentences. Eight other people, including bookmakers Bill and Robbie Waterhouse, were warned off.

While the Fine Cotton affair was low-tech, the Royal School scandal at Casterton, western Victoria, in May 1972, was meticulously planned. Owner Rick Renzella, a former used-car salesman, bought the gelding for $350 with a view to a ring-in. The main problem was that the horse that ran in his place at Casterton won with ridiculous ease. An inquiry revealed the winner to be Regal Vista, who had won the 1970 Liston Stakes at Caulfield. Renzella was jailed for two years.

Thundering Legion was reasonably priced at 33-1 going into a handicap at Morphettville in May 1955, having finished towards the back of the field in his recent starts and drawing barrier 18 in a field of 22. When there was a sudden plunge, sending his odds tumbling to 3-1, chief steward Fred Everest confronted jockey Bill Attrill. During the questioning, Everest snatched Attrill’s whip and received a shock. Everest then looked around and ordered lightweight Des Coleman to ride the horse. As soon as Coleman pulled the whip, Thundering Legion shifted up several gears before hanging on to win by a head. Punters who’d plunged took their winnings. Attrill, meanwhile, admitted using batteries to shock other mounts. He was outed for 10 years.

While the performance of Laurie Connell’s Rocket Racer in the 1987 Perth Cup raised eyebrows when he won and kept charging around the track, only to return to the stalls on the verge of collapse, there came to be no dispute about the Perth businessman’s role when jockey Danny Hobby slid off Strike Softly, a horse owned by Connell, soon after the start of the AHA Cup in Bunbury in 1983. Connell paid Hobby more than $1 million over several years to keep him out of the country. Hobby later admitted taking $5000 to ensure his mount’s loss and was jailed for three years. Connell was sentenced to five years in prison.

In the 1920s and ’30s, L.K.S. Mackinnon was the chairman of the Victoria Racing Club and a pillar of the establishment. After his well-bred colt Carradale had been beaten in the 1929 Victoria and AJC derbies by the gelding Phar Lap, Mackinnon and his cronies tried to introduce new penalties in weight-for-age events. Their aim was to skew big races towards the colts, a move they said would improve Australian racing stock. Amid the scandal over Mackinnon’s attempts to curb the dreams of the battlers, it was little wonder that Phar Lap was established as the people’s champion. His death in the United States was a scandal yet to come. 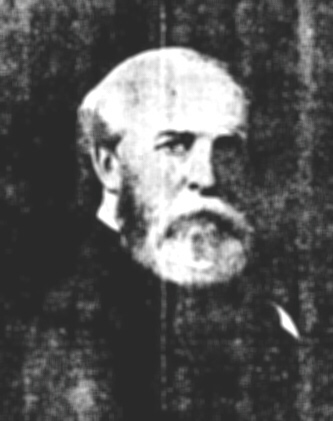