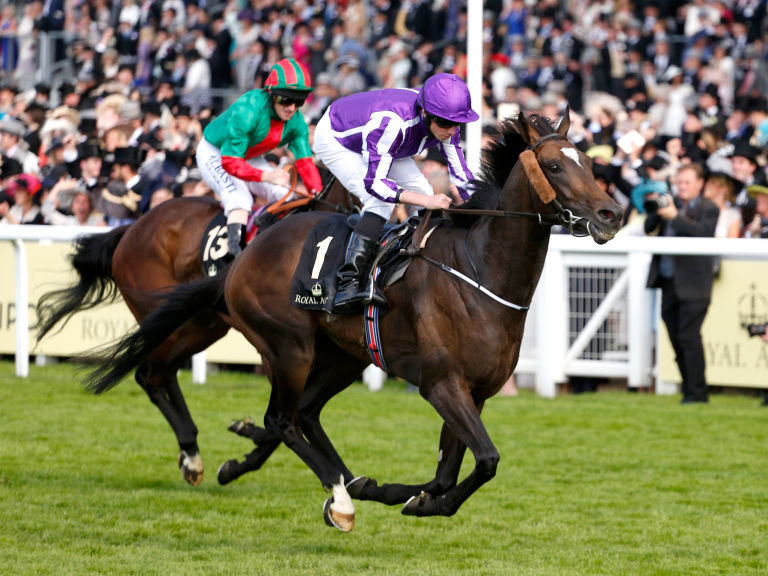 The ultimate result of the St Leger at Doncaster will be decided at an appeal hearing in the basement of the British Horseracing Authority’s offices in Holborn after a dramatic renewal of the world’s oldest Classic. Simple Verse, the only filly in the race, was first past the post, a head in front of Bondi Beach, but the placings were then reversed in the stewards’ room after the panel decided that Simple Verse had caused sufficient interference to Bondi Beach in two separate incidents in the home straight to affect the outcome.

The announcement that Simple Verse, at 8-1, had been disqualified and placed behind the 2-1 joint-favourite Bondi Beach caused widespread surprise. British stewards are well known for their reluctance to amend results and work to a set of rules that tend to place the benefit of any doubt very much with the first horse over the line.

Bondi Beach had been carried across the course by Storm The Stars when narrowly beaten in the Great Voltigeur Stakes at York on his previous run – but on that occasion the officials left the result unchanged.

For the connections of Simple Verse, whose owner, Sheikh Fahad al-Thani, had paid a £50,000 supplementary fee on Monday to add her to the race, there was profound shock and bitter disappointment. Ralph Beckett, her trainer, had high-fived his way back to the winner’s enclosure while Andrea Atzeni, her jockey, was confident before the inquiry that she would keep the race.

The stewards’ decision seems certain to result in an appeal to the BHA, which would probably be heard on Thursday.

“I’m astonished, apart from anything else,” Beckett said. “There’s no consistency in the rules. We saw Stuart Williams’s horse Suzi’s Connoisseur pinned against the rail on the straight track at Ascot and Joe Fanning had to stand up in the irons and was beaten half a length but didn’t get the race.

“We lose the race when clearly both horses leaned on each other. Can you say it was entirely her fault? It’s absolutely certain we will appeal.”

Colm O’Donoghue, the rider of Bondi Beach, insisted that he had not had a fair chance to win. “It’s racing, we all want a fair shot at it,” said O’Donoghue, who was riding Aidan O’Brien’s fifth winner of the Doncaster Classic. “I had time [after the first bump] to go and get him [Atzeni], but again I got impeded. My momentum was stopped. All I know is I tried to have a fair shot at it. I got impeded and the rules have made the decision.”

Paul Barton, the stipendiary steward at Town Moor, said the officials had applied the rules in the same way as for any other race. “We first asked whether there was interference and who caused it,” he said. “In this case, we found two incidents of interference, one at about the two-furlong marker and another at about the half-furlong marker.

“The incident at the two-furlong marker was a pretty hefty knock to the second, it knocked him right off his stride. The one at the half-furlong marker was not as substantial as the first but it was enough to knock him off his stride and cause him to lose ground and momentum. He was only beaten a head and was still trying to regain the ground lost.”

At Leopardstown, O’Brien said: “It was messy down the straight,” he said. “He was unlucky at York and he got two proper bumps that day and got brought right across the track. That’s the way it goes, some days it falls for you and some days it doesn’t.”

Emotionless, a son of Shamardal with just an easy maiden win behind him, made a flawless step up to Group Two company in the Champagne Stakes and is the new favourite for the 2,000 Guineas with most bookmakers at a best price of 8-1.

Charlie Appleby’s colt pulled alongside the leader Ibn Malik with a quarter of a mile to run, but William Buick had so much horse underneath him that he took a pull and did not ease into the lead until the furlong pole. Emotionless then powered clear to win by three-and-a-half lengths, with another seven lengths back to Palawan in third.

“He has an immense amount of talent,” Appleby said, “and the fact that he is still able to show it while he’s still learning is very good.

“He’s shown that he can act on easier ground, which is a bit of a relief as these are the conditions he’ll get heading into the autumn. He is in the Dewhurst and the Racing Post Trophy [over a mile] back here, but he has so much pace that we’ll stick to the seven-furlong route at Newmarket.

“It’s nice to have an exciting horse on our hands and that is potentially what he looks like.”